Located in southwestern Montana lies the fourth largest city in the entire state, Bozeman. Over the past four decades, the city has more than doubled its population to nearly 50,000 residents, and being that the city is surrounded by ski resorts, it’s no wonder why.

When people think of skiing in Montana, their minds often go to Big Sky Resort, and while that icon mountain is just an hour away, the city is also surrounding by a multitude of other peaks that are well worth a visit. The close proximity to so many mountains is why Bozeman is often rated as one of the best places to live for skiers and snowboarders alike.

Whether you’re looking for a small resort just a short drive away, one of the most iconic mountains in the world, or a laid-back slope without any lines, the mountains in southwestern Montana have got you covered! Plus Bozeman has nearby hot springs too, so you can properly rejuvenate your body for another day on the slopes.

Here are the 6 nearest ski resorts near Bozeman, Montana in order of driving proximity:

Located just 30 minutes north of the city of Bozeman lies Bridger Bowl. This mountain serves as much of the city’s, as well as the students of Montana State University’s, primary ski area.

The base of the mountain sits at 6,100 feet with an average annual snowfall of 325 inches. There are four major bowls on the mountain that offer a wide range of runs. Bridger Bowl boasts 2,000 skiable acres of terrain, including 311 acres of expert terrain that is ungroomed.

The Bridger Bowl’s Ridge Terrain offers incredible runs that are unparalleled to other mountains inbound terrain. In order to ski this section, the mountain requires all skiers and snowboarders to wear a beacon and carry an avalanche shovel.

The mountain also offers two terrain parks on the slopes. One is small with rails and boxes while the upper terrain park offers large jumps and unique features. The mountain is often compared to a large funnel based on its shape. The base of the mountain spans just 200 yards while the top of the ridgeline extends almost two miles.

Despite being such a short drive from downtown Bozeman, Bridger Bowl Ski Area offers a wide range of trails, suitable for even the most skilled of skiers.

An hour south of Bozeman lies the famous Big Sky Resort. This mountain is the second largest in the United States, closely behind Park City, Utah.

Big Sky has 5,850 acres of terrain with 4,350 vertical feet. It is home to North America’s first every eight-person chair and has a covered six-seat chair with heated seats. The summit of Lone Peak stands at a staggering 11,166 feet.

A tram takes the skiers to the summit, providing them with some of the most advanced runs on the entire mountain. The 300 named runs stretch across the four connected mountains that make up Big Sky. The Liberty Bowl to Mountain Village run clocks in at 6.1 miles, making it one of the longest runs in the entire United States.

The annual snowfall at Big Sky Resort is 400 inches, making it the snowiest resort in the entire state of Montana. And as if the seemingly endless network of trails wasn’t enough, Big Sky also offers eight terrain parks with over 100 features throughout the mountain. Nearly sixty percent of Big Sky is designated for advanced and expert terrain, helping ensure that this resort ends up on every skier’s bucket list.

If you feel like taking a break from the slopes, the mountain also offers a multitude of other winter activities such as Nordic skiing, adventure ziplining, snowshoe tours, snowmobile tours, dog sledding, and even a snow enchanted sleigh ride.

Showdown Montana is a very small ski area located two hours north of Bozeman. The ski area lies within the Little Belt Mountains and on average, receives about 250 inches of snow.

The four lifts on the mountain allow skiers to access the 640 acres of maintained skiable land. With 36 designated trails and a summit elevation of 8,200 feet, this small mountain is the perfect way to beat the crowds. Much of the mountain is rated blue with a few green and black diamond runs scattered throughout.

While many of the major resorts in the area, and the rest of the state, are often packed with skiers, Showdown Montana can ensure you’ll rarely encounter a line. Cheap ticket prices may draw skiers to the mountain, but the family-friendly atmosphere keeps them coming back.

Offering 2,200 acres to explore and home to some of the best inbound expert terrain, Discovery Ski Area is located 2.15 hours northwest of Bozeman.

Discovery Ski Area is characterized by its three main faces; front face, Off the Granite Chair, and backside.

The front face offers wide-open groomers for skiers of any skill level while the bowl of “Off the Granite Chair” provides a range of intermediate trails. The third face encompasses the entire backside of the mountain where deep powder and challenging chutes await the skilled skiers.

On average the mountain receives 215 inches of snowfall, though snow machines are still used on a few of the major runs. Discovery Basin offers two terrain parks, one for beginners while the second is full of advanced jumps and features. Since the mountain does not receive an immense amount of snowfall, the terrain park will close occasionally throughout the season.

The summit of the mountain reaches 8,158 feet, allowing skiers to have impeccable views of the surrounding mountains and plateaus in the distance. Nearby, Georgetown Lake Area offers a 13-mile network of Nordic trails in a range of difficulties.

Great Divide Ski Area encompasses over 1,500 acres and spans two separate peaks; Rawhide Peak and Mount Belmont. The inbound region covers three faces; Rawhide Gulch, Mount Belmont, and the Wild West. While there are only six chairlifts at Great Divide, the mountain still boasts 140 trails with the longest being just over three miles.

The base of the mountain sits at 5,900 feet, with the summit of Mount Belmont reaching 7,330 feet. There are very few green runs, with most of the mountain being rated blue or black diamond.

Despite being at a relatively high elevation, the area only receives 180 inches of annual snowfall. However, Great Divide Ski Area is home to powerful snowmakers that allow for the mountain to typically open in mid-November.

There are five terrain parks at Great Divide, allowing the resort to host numerous events throughout the year. Since the mountain is smaller than many in the state, they are closed on Mondays and Tuesdays. However, if you’re looking to get your weekend started a little early, be sure to check out their night skiing each Friday evening.

Located just 20 miles north of the Montana- Wyoming border, you will encounter the Red Lodge Mountain.

The mountain has 1,600 acres of skiable terrain with 65 runs throughout. Red Lodge has one of the highest elevations in the state, with a base elevation of 7,016 feet and a summit that sits at 9,416 feet. On average the mountain receives 250 inches of annual snowfall, while snow machines service 30% of the mountain’s runs.

As a whole, the mountain doesn’t offer many runs for beginners but does have nearly 40% of its terrain dedicated to advanced and expert routes.

While many mountains now offer terrain parks, Red Lodge Mountain boasts one designated specifically for beginners. Named Miami Beach, this small park provides the opportunity for skiers and boarders to get their first look at experience a park. Higher up on the mountain lies The Scrapyard, full of jumps, rails, boxes, and a wall ride for more advanced riders.

The mountain’s unique location makes it a great destination for skiers located in Montana, Wyoming, and even eastern Idaho.

With such a wide range of terrain to be explored, it’s no wonder Bozeman is such a popular destination for skiers. Whether you’re skiing down chutes at over 11,000 feet, squeezing in a sunset run after work, or trying a new trick in the terrain park, the mountains surrounding Bozeman are there to deliver! 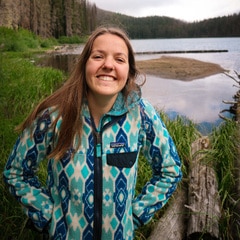