Jacksonville, FL is the state’s most populous city, as well as one of the largest cities in the country. It’s in the northeast corner of Florida on the Atlantic coast, close to many beaches, parks, and historic sites.

This city dates back to 1564 and was under the control of the French, Spanish, and British each separately before Florida became a part of the United States in 1821. The area was also home to Timucuan Native American settlements for many years before the Europeans arrived.

While in Jacksonville, be sure to do some sightseeing and check out the many notable buildings and properties in the area.

Here are the top historical places near Jacksonville, FL, in no particular order:

St. Augustine, FL, is located just 45 minutes away from Jacksonville, making it an easy and convenient day trip. It’s the longest continuously occupied city in the United States. Specifically, the St. Augustine Historical District is the perfect place for any tourists and locals alike to shop, eat, and learn about the area’s history.

This Historic District is the oldest part of St. Augustine. It’s listed on the National Register of Historic Places, and twenty specific sites within the district are also listed on this register.

Many of the historic places in St. Augustine date back to the 18th century or earlier. Some of the most famous sites are the:

The Camp Milton Historic Preserve in west Jacksonville is both an important educational center and a hub for outdoor adventures. It first gained importance during the U.S. Civil War.

In 1862, Camp Milton was named after Florida’s governor, John Milton. Then, in February and March of 1864, Confederate troops gathered at Camp Milton. They were the first line of defense against the Union in Jacksonville.

Camp Milton is generally known as the most impressive field fortification in Florida during the Civil War.

Today, visitors can learn about the history of the Civil War here through a self-guided walking tour and informational signs. You can also enjoy impressive hiking, biking, and equestrian trails with beautiful nature views.

The Historic Ritz Theatre is a venue in La Villa, a historic African American community within Jacksonville. It was built in 1929 and is now used as a performance and museum space.

Between the 1920s and 1960s, La Villa was known as the “Harlem of the South.” It welcomed many well-known performing artists to the area who performed at the Historic Ritz Theater over the years.

The theater continues this tradition by hosting entertainers for various shows. It has a regular schedule of plays, concerts, comedies, musicals, and other community events.

The French only maintained their presence in Florida for a few short years in the 16th century. The Fort Caroline National Memorial in Jacksonville recognizes this impact and preserves the stories from this time.

When the French arrived in Florida, they went to La Caroline. They then brought a settlement of 200 people here. The Timucua Native Americans helped them build their village and fort, but relationships between the two groups quickly declined. After about a year, this settlement ended.

A highlight of today’s Fort Caroline National Memorial is the Timucuan Preserve Visitor Center. Its flagship exhibit, “Where the Waters Meet,” analyzes how humans have interacted with the northeast Florida natural landscape over time.

Visitors can also take advantage of the onsite information desk and gift store to make the most out of their trip.

Kingsley Plantation in Jacksonville was first built in 1798. It’s now one of the few plantation homes left in the state, as well as a popular tourist attraction for history lovers.

Zephaniah Kingsley owned Kingsley Plantation for about 25 years. Following his death, his wife, who was also one of his former slaves, took over the plantation.

Visitors to Kingsley Plantation can learn about the property’s unique history through a free self-guided audio tour and grounds map. During the weekends, the Plantation house is also open for visitors. Call the property ahead of time to book a ranger-led tour at 11 AM or 3 PM.

Kingsley Plantation’s visitor center is available to answer any questions. This is also where guests can purchase souvenirs and see some of the cottons the plantation once produced.

Florida’s oldest lighthouse is located on Amelia Island, just a 45-minute drive northeast of Jacksonville. It was built here in 1383 before Florida had even become a state.

The Amelia Island Lighthouse’s beacon guided old sailing ships and large fishing boats alike into the channel and toward the Fernandina Harbor. The U.S. Coast Guard gave possession of the lighthouse to the City of Fernandina Beach in 2001.

Visitors can take part in viewings and tours of the Amelia Island Lighthouse on select days. The grounds around the lighthouse are open for viewings each Saturday from 11 AM to 2 PM. Official tours occur less frequently and need to be booked in advance by calling 904-310-3350.

Fort Clinch had strategic importance during the American Civil War. Its staff members now educate the public about this time period. Visitors can explore the different rooms and outdoor areas within the fort and learn about what it was like to be a Union soldier.

Most notably, on the first weekend of each month, a soldier garrison at Fort Clinch State Park fires cannons and demonstrates battlefield skills once used by soldiers here during the Civil War.

Other than the many educational programs at Fort Clinch State Park, this is also a great place to participate in outdoor adventure activities. Camping, fishing, mountain biking, wildlife viewing, hiking, and shark-tooth hunting are all popular on-site activities.

The St. James Building, now used as the Jacksonville City Hall, was designed by architect Henry John Klutho. It opened in 1912 and has had different uses over the years.

This building was originally designed to hold the Cohen Bros. Department Store. Its unique architectural features include a large octagonal glass dome skylight and terracotta ornaments on the building’s exterior.

The City of Jacksonville purchased the St. James Building in 1997 and turned it into the city’s new City Hall. It still holds this purpose today and is open Monday through Friday from 8 AM to 5 PM.

Jacksonville’s city skyline would be incomplete without the Main Street Bridge. This valuable piece of infrastructure opened in July 1941 and remains one of the city’s most recognizable structures.

Though it is more commonly referred to as the Main Street Bridge, this bridge was officially named the John T. Alsop Jr. Bridge. It was named after Jacksonville’s mayor at the time of the bridge’s opening.

Main Street Bridge is a lift bridge, and it was the second bridge built across the St. Johns River. Its four lanes of traffic are associated with US-1 and US-90. Check out the notable Main Street Bridge by finding a skyline viewpoint on the opposite side of the river, or by driving over the bridge yourself.

Though it is not Florida’s capital city, nor a major hub of amusement parks, there is plenty to do in Jacksonville that keeps Florida tourists coming back year after year. Anyone interested in history, specifically the history of Native Americans, the Civil War, architectural evolutions, or the arrival of Europeans to America, is sure to find a unique story and experience. 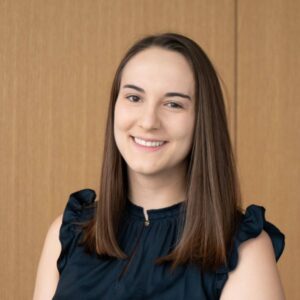 Robin Boch is a journalist and blogger currently based in New Orleans, LA. She loves writing about travel, politics, languages, and cultures, and in her free time, she enjoys taking photos, cooking, listening to podcasts, and doing yoga.