Here are the top historical places near Indianapolis, IN, in no particular order:

The Indiana Statehouse is a popular point of interest, welcoming over sixty thousand guests annually. As the capitol building of Indiana, it houses the three branches of the Indiana state government.

Visitors can bask in the 19th Century Neoclassical architecture, see the offices in action, and view over two dozen notable Hoosiers in sculpture. Guided and audio tours of various lengths are offered free of charge.

The Indiana State Museum exhibits the history of Indiana from prehistoric times to the present day. Located in downtown Indy, the State Museum is a must-see historic site for visitors of all ages.

The museum features carefully created exhibitions with powerful, hands-on stories that put visitors at the center of the action. Evergreen highlights include an Imax theater, The Indiana Store, L.S. Ayres Tea Room™, and the Farmers Market Cafe.

Open to visitors Wednesdays through Sundays, hours may vary when planned downtown events restrict traffic nearby.

A quick one-hour drive east of Indianapolis sits the Wilbur Wright Birthplace Museum in Hagerstown, Indiana. The museum honors the Wright brother’s life work and celebrates one of the greatest early pioneers of flight.

Wilbur and his brother Orville were the first to accomplish the first sustained and controlled flight with a powered aircraft, clocking in over 12 seconds of flight time. While a bit off the beaten path, the museum offers one of the most authentic replicas of the Original Flyer and an adjacent model airplane field for model enthusiasts to take flight.

Open from April through October, with special events in the off-season (such as Homeschool Day, their Fall Festival, and the annual Christmas Walk).

History lovers will be happy to make the two-hour drive south of Indy to Corydon, Indiana’s original state capitol. Many of Indiana’s most important historical events, including the creation of the first state constitution, are commemorated at the Corydon Capitol State Historic Site.

In 1816, delegates drafted the Indiana Constitution under an enormous elm tree to avoid the heat indoors. The tree’s stump remains preserved, named the Constitution Elm.

Visitors can tour the original state Capitol building, see The Governor’s Headquarters, The Porter Law Office, and The First State Office Building. See a copy of the 1815 Census, view the preserved Constitution Elm, and stroll through an heirloom herb garden.

Hook’s boasts one of the largest collections of authentic artifacts of its kind in the US, documenting an extraordinary period in the progress of medicine. The restored building displays authentic items commonly sold in a turn-of-the-century drugstore. From patent medicines and apothecary bottles to authentic advertisements and period-authentic candies.

Museum visitors can purchase sweets or an authentic old-fashioned soda fountain from the Hook’s Museum’s operational Victorian Soda Fountain. The museum is open daily during the Indiana State Fair. It also offers tours by appointment on select weekends throughout the year.

One of the most impactful historic buildings in Indianapolis, the adult home of the twenty-third president of the United States, Benjamin Harrison is now a memorial and historic museum. Harrison launched his well-known Front Porch Campaign during his 1888 presidential campaign from the front porch of the home, frequently addressing his audiences on the street.

Guided tours are offered daily at varying times. Pre-Registration online is required due to the limited number of guests.

Listed on the National Register of Historic Places, Crown Hill is the third-largest public cemetery in the U.S. Thousands of guests visit the peaceful architecture, view the sculptures, enjoy over 150 species of trees and plants on site, and study the history & heritage of the 215,000+ people buried there.

Visitors can attend one of many guided tours including the Civil War Personalities Tour and Dillinger & Eastside Notables Tour from May through October. Most tours are held on Saturday nights, but the site also offers limited tours on Saturday mornings.

Tour group sizes are limited. Tickets must be purchased in advance online.

A National Historic Landmark District also on the National Register of Historic Places, the Indiana World War Memorial Plaza is considered one of the best historical places in Indianapolis, especially for history buffs and military families. It shines as the largest war memorial project in America.

In 2016, the Indiana War Memorial Plaza Historic District was expanded to include the Soldiers’ and Sailors’ Monument at Monument Circle. Open Wednesdays through Sundays except for all National and State holidays. They are open on Memorial Day and Veterans Day.

The Soldiers & Sailors Monument at Monument Circle is Indiana’s official memorial to the Hoosiers that served in their country in war. It is one of the most iconic historic landmarks in Indianapolis.

Built on Monument Circle in the center of downtown Indy, you can’t (and shouldn’t!) miss this nearly 300-foot-tall monument. Small groups (15 or fewer at a time) can experience breathtaking panoramic views of the city skyline from The Observatory. Visitors are free to climb the 330 steps to The Observatory or ride an elevator for a small fee.

The Observatory is open to visitors Fridays, Saturdays, and Sundays but if you are in Indy during the week, consider exploring the monument. Locals congregate at Monument Circle to sit and relax, have a meal, or explore the nearby local businesses.

A quick half-hour drive north of Indy to Fishers will take you to Conner Prairie. A Smithsonian Affiliated Museum that offers an extensive and immersive living history exhibit recreating life along the White river in the 19-century.

Conner Prairie includes the preserved William Conner home which is listed on the National Register of Historic Places. Favorite experiences of reviewers include the 1816 Lenape Indian Camp, 1836 Prairie Town, and the 1859 Balloon Voyage, including a real hot air balloon.

One of the largest Masonic buildings in the world, the Scottish Rite Cathedral is filled with masonry symbolism and history. Reviews often mention the stunning stained glass and stunning museum-like displays.

Access is granted only by guided tours available by appointment on most Tuesdays, Wednesdays, and Thursdays.

The Museum offers a variety of tours, including the Kiss the Bricks tour. Visitors can channel their inner race winner and kiss the 1909-vintage paving bricks that once made up the entire racing surface (depending on weather and track availability).

You can visit the Museum daily year-round, except it’s closed on Thanksgiving and Christmas days.

The Coffin House is just thirty minutes east of Wilbur Wright Birthplace Museum. It is ranked as “one of the nation’s Top 25 Historical Sites” by the History Channel and “one of 12 new museums around the world to visit,” by the Smithsonian.

Visitors can explore the interpretive center to learn about history, participate in immersive exhibits, enjoy a guided tour of the actual Coffin home, and explore unique artifacts like false-bottom wagons.

Indianapolis and the nearby areas have so much to offer for visitors considering exploring a location packed with historic sites. If you’re a local, enjoy some of the best historic places in the US that are right in your neighborhood. If you’re planning a visit, including some of the must-see historic sites we’ve covered.

Whether you’re a military history connoisseur, a political history buff, or enjoy an immersive pioneer experience, you can find the best historical places for your unique interests in Indianapolis. 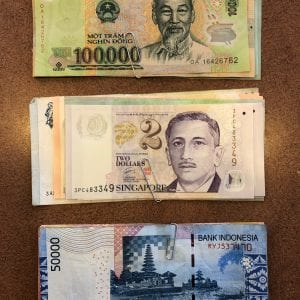 Johnny Danang is often seen motorbiking in the wind or plugging away writing travel articles in a cafe. He enjoys good air-conditioning on a hot day, or a hot springs pool on a cold one.