Michigan’s Upper and Lower Peninsula are filled with ski areas of every size and terrain, and among them, there are plenty of ski towns to explore. With three mountain towns in the Lower Peninsula and two in the Upper Peninsula, it’s not difficult to experience them from any location.

All of these ski towns boast plenty of cross-country trails along with their downhill slopes, encouraging more time outdoors in the winter. They’re all also year-round tourist destinations and have lots of exciting things to offer at any time of the year.

Here are the top ski towns in Michigan to live and visit, in no particular order:

One of the state’s most frequented vacation destinations is Traverse City, well-known for its accessibility to two ski areas. The quaint ski town is located on the shores of Grand Traverse Bay, which feeds into Lake Michigan in the northwestern part of the Lower Peninsula.

Mount Holiday and city-owned Hickory Hills Recreation Area are within minutes of the downtown area. Fat tire biking is just as popular in the winter as mountain biking is in the summer around Traverse City.

The summer months are filled with concerts and festivals, especially the National Cherry Festival in July. Summertime is popular for exploring nearby Sleeping Bear Dunes, or boating, swimming, and canoeing on the bay.

Downtown Traverse City has historic buildings abutting new construction, but all are designed to work together in harmony. Driving along the major streets, the lake can be glimpsed between city blocks and is a beacon for picnicking or playing volleyball in the summer.

The town is busy year-round with dozens of unique dining experiences, local retailers, and a wide range of places to stay. With a population of 15,501 in 2020, it’s no wonder that there is always plenty to do for visitors and locals alike.

On the shores of Lake Michigan, Glen Arbor is a small ski town just a few minutes away from the Homestead Resort, with its small downhill ski area, Bay Mountain. The town has only a handful of shopping and dining options, yet with all of the other activities in the area it’s a popular tourist destination at any time of the year.

Glen Arbor became a town in 1854, beginning with a trading post and becoming a tourist haven by the end of the century. Families would visit for the summer or simply for a long weekend, spending leisurely time at the golf courses.

Today visitors come in the winter to enjoy downhill skiing, or to explore the many cross-country ski and snowshoe trails along the wooded shoreline. For something completely different, sled down the sands of the Sleeping Bear Dune when it’s covered with snow. In the summer, climb the same dune and follow the trail to Lake Michigan, or canoe along any number of small streams and rivers nearby.

The area is filled with small wineries, and in the summer there are plenty of art fairs, markets, and festivals. Outdoors once the snow melts, Lake Michigan is the biggest draw with boating, canoeing, and swimming. Visitors also enjoy searching these Lower Peninsula shores for the elusive Petoskey stone, a fossilized coral rock primarily found in this area of Michigan.

At the top of the Lower Peninsula, Boyne Mountain Resort is one of the most popular destinations for skiers and snowboarders in the Midwest. Boyne Falls located at the base is an ideal ski town to explore year-round.

The mountain has more than just downhill skiing, with fat tire snow biking, Sno-Go biking, cross-country skiing, ice skating, snowshoeing, tubing, and horseback riding. For a unique experience, try winter zip-lining or the MoonBike, an electric alternative to a snowmobile.

In the summertime, there are several nearby golf courses or spend time at the indoor water park. Nearby Boyne City on Lake Charlevoix has boating, hiking, biking, and summer festivals.

The ski town has a handful of dining options, with several places to shop and plenty of choices for lodging. But its best feature is proximity, just minutes from the slopes.

The village was platted in 1873 and, like many other Michigan communities, relied upon lumber as a primary industry. Growth was helped by the Indiana Railroad coming through the community. In 2020 the town had a population of 385 residents.

In the Upper Peninsula near the border of Wisconsin, Bessemer is conveniently located by the two ski areas of Big Powderhorn Mountain Resort and Snowriver Mountain Resort. The area receives huge amounts of snowfall annually and is an enjoyable ski town in winter or in summer.

With the large amounts of snow, it’s no surprise that snowmobiling is one of the most popular winter activities, along with snowshoeing and cross country skiing. In the summer, the snowmobile trails turn to hiking and biking, while at Bessemer’s Bluff View Park visitors can enjoy picnicking, volleyball, and basketball.

The affordable community has only a handful of restaurants, but lots of shopping options. While there’s only one hotel in town, there are a number of home rentals in the area.

Bessemer was created as a railroad stop in 1884, and quickly became a lawless town with 50 saloons until it was officially organized three years later. The town relied on mining and lumber as its two export industries. Mining ended in 1966, but the logging industry still thrives in this town of nearly 26,000 in 2020.

Iron Mountain is more about the locals than about being a ski town. The community in the Upper Peninsula has grown a bit since Pine Mountain Ski & Golf Resort opened in 1939, but it’s still a friendly place to live or visit with an attachment to the outdoors at its doorstep.

Pine Mountain Ski & Golf Resort has the largest artificial ski jump in America but is more popular for its downhill skiing and golf. The resort was the first in the region to offer full snowmaking capabilities and it’s also the top ski-in / ski-out resort in the Upper Peninsula. Its golf course is among the top-ranked courses in the Midwest.

The ski town got its name from the large amounts of iron ore in a nearby bluff. Iron Mountain was incorporated in 1889, and mining and lumber were the main industries until the mid-20th century. The population was about 7,500 in the 2020 census, although the population has generally been in a decline since the 1940s.

It’s a tight-knit community that became a tourist destination in the 1930s and 40s when the owner of Pine Mountain Ski Area encouraged tourists from Chicago and Milwaukee. The remote location surrounded by forests feels worlds away from these larger cities, though it’s only a half day’s drive.

In the winter, the area boasts many trails to enjoy one of the most popular local activities, snowmobiling. Many of the same trails are used by ATVs in the summer. Fishing, whitewater rafting, canoeing, and golfing are also common warm-weather recreations.

Michigan has plenty of ski towns in both the Upper and Lower Peninsula, making it easier for skiers and snowboarders to find a community within reach. These areas are just as popular in the summer as they are in winter with activities that span all seasons.

While they’re all favorite tourist destinations, they also boast livable communities with culture, entertainment, and recreation throughout the year. Even non-skiers find plenty to do and appreciate in these Michigan mountainside towns. 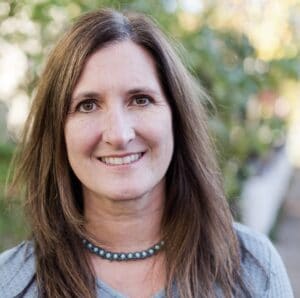 Heather is a freelance writer, journalist and author of Hidden History of Boone County. She holds a passion for travel, history and old houses, and spends far too much time trying to convince others to feel the same.

3 Best Ski Towns to Live in Maine
Next Post: 10 Largest Cities in Maryland by Population