Rhode Island may be the smallest state in the U.S., but it more than holds its own when it comes to delicious foods and drinks. While it’s no surprise that a place called the Ocean State is well-known for its seafood, you’ll find a wide variety of other famous foods here, too.

Whether you’re a local, a visitor, or just passing through, here are some of the best foods you’ll find in Rhode Island, in no particular order.

Quahogs (pronounced “CO-hogs”), a species of hard-shelled clam, are a hallmark of Rhode Island cuisine. Stuffed quahogs in particular are often said to be the most popular way to eat seafood in the state. Also called “stuffies”, or simply “stuffed clams”, stuffed quahogs were popular during the Great Depression given the low price and accessibility of ingredients, plus the simplicity of preparing them.

Stuffed quahogs are made by breading the clams and baking them on the half shell. While all restaurants and home cooks have their own variations of the stuffie, there is an assortment of ingredients that are typically used.

Sausages are often used in addition to the meat from the quahogs, with Portuguese chouriço being a common one. Stuffies can be flavored with peppers, celery, onions, garlic, herbs, and spices. No matter the individual recipe used, the result is a cheap, savory, and filling meal.

At Anthony’s Seafood in Middletown, you can enjoy some stuffed quahogs as you browse their fresh seafood market. Stuffies are a unique way to prepare clams when compared to the more common fried and steamed dishes, making them well worth a try when you’re in Rhode Island.

New England as a whole is known for its hearty clam chowder, but less known is that each state has its own variation. Rhode Island’s version lacks the dairy base of “New England clam chowder,” thus giving it a clear broth rather than a white one.

Rhode Island clam chowder’s clear broth comes from steaming the quahogs that are then chopped up and added to the soup. The lack of any milk or cream in this version of chowder makes for a slightly less filling dish, but that doesn’t mean you won’t get your money’s worth.

For a taste of Rhode Island’s version of clam chowder, try Hemenway’s Restaurant in Providence, Rhode Island’s capital city. Stimulate your appetite with a bowl of chowder, then enjoy a dinner of freshly-caught fish, shrimp, or lobster.

Let’s move away from seafood for now to another Rhode Island classic: hot wieners. Hot wieners may look like an average hot dog, but their cultural origin and unique ingredients set them apart.

Created in the early 1900s as a way to capitalize on the success of New York City’s Coney Island hot dogs (which actually hail from Michigan), hot wieners quickly took on a personality of their own when Providence’s Greek community influenced some recipe changes.

Pork, beef, and veal are used to create the wieners, whereas normal hot dogs typically use only one kind of meat. Hot wieners are also thinner than regular hot dogs. The wieners are placed in standard hot dog buns and topped with celery salt, mustard, onions, and a seasoned meat sauce whose recipe varies by vendor. Be sure you order yours “all the way” to get all the great toppings the restaurant has to offer.

Hot wieners are found at “New York System” establishments, advertising their link to their inspiration. Olneyville New York System, with locations in Providence and Cranston, is one of Rhode Island’s first restaurants to serve hot wieners.

Legend has it that clam cakes—fried balls of clam—were invented by Narragansett, Rhode Island native Carrie Cooper in the early 1900s when she added clams to her corn fritter recipe. A version of clam cakes may have existed before then, but “Aunt Carrie” undoubtedly popularized them and did the most to make them a Rhode Island favorite.

Clam cakes are made by coating clams in seasoned flour and egg batter. The clams are then shaped into balls and dropped into hot oil until they’re golden brown and crispy on the outside. These deep-fried cakes are small, and a meal consists of many at once. Sometimes called “clam fritters”, they’re usually dipped in ketchup, tartar sauce, or Rhode Island clam chowder.

Aunt Carrie’s restaurant in Narragansett has been featured on The Travel Channel and the popular TV show Diners, Drive-ins and Dives. With 100 years of experience under their belts, it’s the favorite place to try clam cakes in Rhode Island.

The DeLucia family was making lemonade 100 years before Del’s Lemonade was founded. In 1840s Naples, Italy, Franco DeLucia’s father would store winter snow in caves until he could mix it with sugar and fresh summer lemons to sell at local markets.

Franco brought the frozen treat with him to the United States in the early 1900s, where his son Angelo worked to perfect their production process. Del’s Lemonade was formally founded in 1948 in Cranston, RI, and is now available in locations around the world.

Summers are beautiful in Rhode Island, and Del’s Frozen Lemonade is the perfect refreshment on those extra hot days. Its slushy texture eliminates the need for a straw or spoon, meaning it’s easy to drink anywhere, no matter what you’re doing. Del’s sells six regular fruit flavors in addition to the regular lemon, plus seasonal flavors.

A refreshing frozen lemonade from Del’s is a favorite Rhode Island beverage for a hot summer day. You can grab yours from a local stand, or you can order a packet of their drink mix to make it yourself at home, no matter where you are.

Paired with a Del’s Lemonade, fried clams are a great ballpark food during Rhode Island summers. New Englanders have been frying clams since the mid-1800s, with the modern, deep-fried version coming about in the early 1900s. With the abundance of clams living in Narragansett Bay, it’s no wonder Rhode Islanders prepare them in so many different ways.

Fried clams consist of the bellies of soft-shell clams (rather than the quahogs used in most other recipes), or strips cut from the clam. The meat is dipped in milk and coated in flour before being fried in oil. The result is a sweet, rich clam that’s crispy on the outside and chewy on the inside.

Every Rhode Islander who’s had fried clams has a preference for either the whole bellies or the strips. Amaral’s Fish & Chips in Warren serves both, so you can decide for yourself which specialty you like best.

Johnnycakes are just as “controversial” as they are delicious. Different regions of Rhode Island have long debated the spelling, origin, ingredients, and preparation method of these cornmeal-based cakes. What all residents can agree on, however, is that they’ve been around for a long time, and they’re so good that they’re here to stay.

Johnnycakes are similar to pancakes, but with cornmeal. The West Bay areas of Rhode Island tend to make theirs by pouring boiling water over a corn, sugar, and salt mixture and making thick batters. The East Bay prefers to use cold milk and make theirs thin. Whichever method is used, the last step is to place the mixture on a hot griddle until the johnnycakes are crisp and brown.

Just like with fried clams, it’s best to try both versions of johnnycakes before deciding which side you’re on. Visit Jigger’s Diner in East Greenwich and Mae’s Place in North Kingstown and see which style you like better!

What better way to close out this list of Ocean State delicacies than another clam entry? We’ve talked about clam cakes, so now let’s get into clambakes. A clambake is a process in which clams (and sometimes lobsters and other shellfish) are cooked in cages over an outdoor fire pit.

This method was inspired by the Wampanoag and Narragansett Native American tribes. And it’s still a revered tradition in Rhode Island for eating and celebrating with a group of people.

The star of clambakes is, of course, clams. Lobsters are often used as well. Sausage, potatoes, corn on the cob, and seasonings are also thrown into the mix. The components are placed in metal cages and placed on top of hot rocks in a pit oven.

A tarp is placed over the cages, allowing everything to be steamed while retaining all the flavors and scents from the ingredients. Clambakes produce a ton of tasty food, so if you have one, be sure there’s a crowd to help you eat it all!

The food is fantastic, but that’s not what makes a clambake so special: it’s the company. Clambakes are meant to be enjoyed by a group of people, and there are few better ways to spend an afternoon than cooking and eating with your family and friends. Finn’s Harborside in East Greenwich, RI makes clambakes easy by providing all the necessary materials—all you need to do is add water and cook it.

Seafood and sweets lovers alike will find joy in the cuisines Rhode Island has to offer. If you like searching for your next favorite food and basking in picturesque ocean scenery, there’s no better place than this New England state. 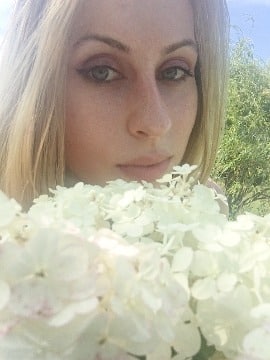 Carly is a writer and rookie nomad, having lived in 3 U.S. states and a Canadian province before moving to her current home in coastal Connecticut. She specializes in travel, psychology, and fiction content. When she's not writing, she's laughing with her husband and catering to her cat's every whim.

8 Most Famous Foods in Illinois
Next Post: 6 Best Ski Towns to Live in Massachusetts