10 Most Famous Foods & Drinks in Missouri

If you’re a fan of all that’s cheesy, greasy, or slathered in sauce, Missouri has you covered. Many of the state’s most famous dishes fall under the category of true Midwestern comfort food.

Check out the curated list of our ten favorite foods from Missouri below, in no particular order:

Toasted ravioli is a regional favorite around St. Louis, though its name is misleading. The meat-stuffed pockets of pasta are actually deep-fried, not toasted. They’re then sprinkled with parmesan and dunked in marinara sauce. Around the city, the dish is known as “T-ravs”.

Who exactly invented toasted ravioli is up for debate, but its origin story is generally agreed upon. One night in the 1940s, at an Italian restaurant in St. Louis (likely either Mama’s on the Hill or Charlie Gitto’s), a drunk chef accidentally dropped ravioli in a pot of boiling oil. In an attempt to salvage the pasta, the restaurant owner dusted it with grated cheese and sent it out to be served. The rest, as they say, is history.

T-ravs have been compared to mozzarella sticks; they’re crispy, breaded, and perfect for dipping. The pasta is usually filled with some kind of meat, but ricotta and/or vegetables are a tasty substitute.

Originally called Oldani’s, Mama’s on the Hill has changed hands a few times since it first opened more than 80 years ago. However, it still operates in the same location and still serves its famous toasted ravioli.

Interestingly, toasted ravioli isn’t the only Missouri dish that was supposedly created by accident. In the 1930s, it’s said that a baker in the St. Louis area was attempting to make a regular cake, but mistakenly reversed the proportions of butter and flour. This error resulted in a cake that was flat and sticky, rather than light and fluffy. The baker sent it out to be sold anyway.

Multiple bakeries claim to be the location where this mistake took place, but it doesn’t much matter– gooey butter cake is a St. Louis staple. It hasn’t caught on outside the region, despite the efforts of local bakers to introduce it elsewhere.

Gooey butter cake is thick and creamy– it’s been described as having a brownie-like texture, with the taste of vanilla pudding. It’s usually served as a type of coffee cake, rather than as a dessert cake. Many bakeries shower it with powdered sugar before serving.

Park Avenue Coffee (has several locations throughout St. Louis. They offer many rotating flavors of gooey butter cake, including triple chocolate, red velvet, and peach. The most popular variety is Mom’s Traditional, which is vanilla-flavored.

Many large cities have their own take on pizza, and St. Louis is no exception. Thinner than even New York-style pizza, the St. Louis version of the dish has an unleavened crust. This gives the pizza an ultra-thin, crisp base.

Another hallmark of St. Louis-style pizza is its cheese. Provel is a processed white cheese that’s a combination of provolone, Swiss, and white cheddar. It has a somewhat smoky flavor, with a gooey, sticky texture. Provel isn’t appealing to everyone, but to many St. Louisans, it’s what makes their hometown pizza special.

St. Louis pizza is often covered crust-to-crust with oregano-spiced sauce and toppings. It’s then cut into three- or four-inch squares, rather than triangular wedges.

Imo’s Pizza is a popular restaurant chain that serves up traditional St. Louis-style pizza. Many of their locations have dining rooms and delivery services. You can even find frozen Imo’s pizzas in some grocery stores.

The St. Louis slinger can be found at diners throughout the city. The slinger is a breakfast dish that’s often described as a hangover cure. If you’re picturing a calorie-dense, cheese-smothered, carb-laden concoction, you’ve got the right idea.

The slinger traditionally includes hash browns, eggs, and a ground beef patty, all topped with chili con carne and shredded cheese. However, it can really be any combination of potatoes, protein, and cheese– anything that can be “slung” together, hence the name. It’s usually served with hot sauce.

Despite being a breakfast food, slingers sell well late at night. College students often flock to diners after a night out, and the slinger is the meal of choice.

The Courtesy Diner is a 24-hour restaurant with three locations in St. Louis. They offer a regular slinger or the “Devil’s Delight”, which is a slinger without the hamburger patties. Those with hearty appetites can try the “Super Slinger”, which has a burrito or tamale under the chili.

You can find St. Paul sandwiches at Chinese restaurants all throughout the St. Louis metro area. They’re also available at Mai Lee, a Vietnamese restaurant in Brentwood. Mai Lee offers several different varieties of the St. Paul sandwich. Customers can enjoy the traditional version of the dish or add pork, ham, beef, chicken, or shrimp.

Dairy Queen may boast that their shakes are so thick they can be served upside down, but they weren’t the first ice cream shop to do so. Ted Drewes Frozen Custard has been turning dessert on its head for more than 90 years.

In the 1920s, Ted Drewes Sr. was a popular tennis player from St. Louis. He played in Florida each year and eventually opened a frozen custard stand in St. Petersburg. It did well, so he brought the business home with him, opening a stand on Natural Bridge Road in 1930. Over the next several years, he opened more locations in St. Louis.

In 1959, Ted Drewes Jr. coined the term “concrete”, which referred to custard so thick that it was served upside down. If it fell out of the cup, the customer got their custard for free.

There are still two Ted Drewes locations open in St. Louis. They serve dozens of flavors of concretes, with even more toppings and add-ins available. They also offer sundaes and floats. Ice cream is only served seasonally; in the winter months, they sell Christmas trees instead.

For more than 100 years, Missouri has enjoyed the bubbly, fruity soft drinks that are Vess sodas. In 1916, Sylvester Jones founded the company– the brand name “Vess” is a shortened version of the founder’s first name.

The most popular variety of Vess soda, Whistle Orange, was introduced in 1925. Unfortunately, the stock market crash of 1929 left the company in rough shape, and Vess was sold to Don Schneeberger. Schneeberger oversaw the invention of several new flavors of soda.

A giant Vess soda bottle pays homage to the local brand in downtown St. Louis, not far from the Gateway Arch. In 2016, the bottle was restored and declared a protected landmark. Vess Soda is manufactured and sold mainly in the St. Louis metro area, with nearly 20 flavors including grape, black cherry, and fruit punch (affiliate links).

If ordinary barbecue potato chips leave you wanting, Red Hot Riplets might just be what you’re looking for. The signature St. Louis chip is ridged and coated in a seasoning that gives it a sweet heat. One thing that sets Red Hot Riplets apart is their high seasoning saturation– the chips are covered from edge to edge with flavor.

The Old Vienna Snack Company was founded in 1936, but they didn’t begin producing Red Hot Riplets until the 1970s. The chips now account for 80% of the company’s sales.

Red Hot Riplets can be found in convenience stores, mom-and-pop shops, and grocery chains throughout Missouri. Those who don’t live in the Show-Me State can still order the chips online (affiliate link). In fact, St. Louis natives who have left the area account for a large portion of Old Vienna’s online sales.

In 2017, the company introduced Red Hot Riplets Seasoning (affiliate link), for those who can’t get enough of the spicy-sweet barbecue flavor. The seasoning is great for meat, eggs, fish, and more. They also sell a Red Hot Riplets sauce, which can be used as a marinade, burger topping, or dipping sauce.

While pork steaks weren’t invented in Missouri, they’re undeniably a favorite at barbecues in the state. Pork steaks come from the shoulder of the pig. The meat is sliced into thin steaks, then grilled. Thanks to the high-fat content in the steaks, they are tender and full of flavor.

The history of pork steaks in Missouri is highly debated. It seems they first became popular in the 1950s, as a way to save money on meat. Schnuck’s, a local grocery chain, may not have been the first to sell pork steaks, but they popularized them. Soon, other butcher shops began offering them as well.

On some summer weekends, you can find Boy Scout troops or church groups grilling pork steaks and other cuts of meat in grocery store parking lots. Beast Craft BBQ, a restaurant in St. Louis, offers pork steaks prepared by hand from their own butcher shop.

St. Louis can be credited with many of Missouri’s most famous dishes, but Kansas City lays claim to a very special style of barbecue. In the early 1920s, Henry Perry began smoking meats in an outdoor pit, then slathering them in sauce. He wrapped his smoked meats in newspaper and sold them on the street.

In subsequent years, many other families began capitalizing on the popularity of Perry’s smoked goods. Meatpacking was a major industry in Kansas City, MO, making barbecuing a lucrative business. Slow-smoked meats slathered in peppery sauce became an integral part of the city’s history and culture.

Today, there are more than 100 barbecue restaurants in the city. Joe’s Kansas City Barbecue calls itself the “Best Barbecue in Kansas City”, and many seem to agree. Their original gas station restaurant has thousands of five-star reviews. If you can’t make it to KS, you can buy Joe’s Barbecue Sauce and Joe’s Big Meat Seasoning (affiliate links) online and craft your own.

From breakfast to dessert, the Show-Me State has put its own unique spin on just about every type of food– even if only by accident. You won’t find many of these dishes anywhere else in the world, so be sure to put Missouri at the top of your list of places to taste. 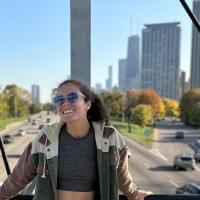