13 Most Famous Foods in Australia

The smallest continent in the world, Australia is a country famous for its natural wonders, iconic animals, and laid-back locals. From the coastal cities of Melbourne and Sydney to the vast outback, Australian cuisine contains a variety of foods that take influence from its British roots, diverse immigrant population, and indigenous peoples.

The next time you visit the Land Down Under, what kind of culinary delights can you look forward to? Here are some of the most famous foods in Australia, in no particular order:

Perhaps the most famous food to come out of Australia, Vegemite is a spread made from leftover yeast extract used in the beer brewing process. It has a salty, bitter, umami flavor that is quite strong and is beloved in the country.

The spread is often eaten on toast with butter at breakfast and is a huge part of the Australian diet with over 20 million jars being sold in the country annually. Based on the similar British spread called Marmite, Vegemite was invented in the early 20th century in Australia after the former was no longer being imported into the country post World War I.

In 1919, Cyril Callister invented Vegemite and although it took some time for the spread to gain a foothold in Australia, it would go on to become an iconic food that is now consumed in 9 out of every 10 Australian households.

Originally a series of British colonies, it would only make sense that popular dishes from the UK made their way to the new nation. The meat pie is beloved in England and has become a huge part of Australian cuisine today.

A flour dough is filled with a protein such as beef, pork, chicken, or lamb and baked to golden perfection. One of the unique features of the Aussie version of the dish is that they tend to be made a bit smaller, perfect for a quick snack or when you’re on the go.

Often consumed at sporting events, the meat pie is considered the perfect accompaniment to a game of the beloved Aussie sport, Australian rules football. At a recent grand final championship game over 22,000 were consumed by hungry fans in a single day.

Featured in the coat of arms of the nation, the Kangaroo is literally a symbol of Australia. With an estimated population of over 50 million, they can be found all over the country and have started to become a larger part of the Australian diet.

The meat is high in protein and low in fat and has become more commonly sold in markets and restaurants throughout the nation. Traditionally kangaroo was an important source of protein for indigenous peoples and today is becoming more common throughout the country.

There are even a small number of people today who refer to themselves as a kangatarian, meaning that they will only consume kangaroo alongside an otherwise vegetarian diet.

This is often done on ethical grounds because of the nature of kangaroo meat production in Australia. The government strictly regulates the production of meat and makes sure that it is sourced from animals that are wild and not farmed.

Today an Instagram icon, smashed avo, or avocado toast has its roots in the Australian city of Sydney in the early 1990s. Although the first mention of avocado on toast was made in Brisbane in 1929.

While putting avocado on toast is not a new concept, the modern version of the dish started at a cafe called Bills and was prepared on sourdough bread that was topped with avocado, olive oil, lime juice, and cilantro.

Originally prepared as a tasty breakfast for the health-conscious eaters of Sydney, this dish would go on to take the world by storm. It became hugely popular around the world as a healthy and tasty breakfast option. Today it’s often prepared with avocado, lemon juice, mint, and feta cheese.

Another popular food amongst the Commonwealth nations, sausage rolls are a hit with Australians today. A simple recipe of sausage meat surrounded by puff pastry, this tasty treat is another beloved grab-and-go meal that is available throughout the country at gas stations, bakeries, cafes, and supermarkets.

While the name implies that the dish would include meat, vegetarian versions have become more popular for those that wish for a sausage-free alternative. One meat-free version includes eggplant, chickpeas, and spinach.

Also known as the Asian sea bass, the barramundi is a popular fish that gets its name from an Aboriginal word meaning “large-scaled river fish.” It can grow to just under 6 feet long and weigh up to 130 lbs.

This white fish is known for its mild flavor and lean protein content and has become hugely popular in Aussie cuisine. It’s reported to contain half the calories of salmon while still retaining the beneficial Omega-3 fatty acids that support brain health.

Even though chicken parmigiana has roots in Italy, parmy, as it’s known in Australia, has become a mainstay at restaurants and pubs around the continent.

A large piece of chicken breast is breaded, fried, and then topped with melted cheese, such as mozzarella, and tomato sauce. Often served with a side salad and french fries, this dish has become uniquely Australian and was even voted in one survey as the number one dish citizens enjoy cooking at home.

During World War I, it’s claimed that wives of soldiers in the Australian and New Zealand Army Corps (ANZAC) wanted to send their husbands a snack that could reach them without spoiling. The result was a recipe for a sweet biscuit now known as the Anzac biscuit that has remained popular in the country to this day.

The modern version calls for rolled oats, flour, coconut, sugar, butter, and golden syrup, a mixture of water, sugar, and citric acid. These are baked until crunchy or chewy, everyone has their preference, and often enjoyed with a cup of tea.

Interestingly, because the term ANZAC is protected under Australian law, this has led to some controversy as to who can and cannot use the name to produce the namesake biscuit.

Strict regulations are upheld as to the ingredients used and no substantial changes to the recipe are allowed. One high-profile example of this occurred in 2008 when Subway was forced to drop the Anzac biscuit from their menu because they were unable to follow the original recipe of the beloved snack.

A huge part of Australian culture, barbecues are a beloved way to spend time with friends in family in Oz, as the nation is affectionately known to its citizens. One of the most popular foods enjoyed at these events are snags, thick sausages made with beef, pork, onions, and garlic.

Also known as a sausage sizzle, the snag can be eaten on its own with toppings such as ketchup, mustard, or barbecue sauce. It can also be served in a hot dog bun or even a single slice of white bread folded in half.

The food has become a staple at fundraising events and even become associated with political events in Australia. They are often sold near polling booths during government elections.

Debuting in 1964, the Tim Tam is a chocolate biscuit that would go on to become the most popular in the country with over 45 million packets being eaten every year.

In the early 1960s, two men working for Arnott’s, a biscuit company in Australia, traveled the world looking for inspiration for new products. After visiting England and trying the Penguin biscuit, they developed their own version that they called the Tim Tam.

The original Tim Tam flavor is made of two malted biscuits surrounding chocolate cream filling that is coated in a thin layer of chocolate. While there are many varieties of the biscuit sold today, including dark chocolate, dark chocolate mint, and caramel, the original remains the most popular.

The National Museum of Australia claims the famous biscuit, named after the winning horse at the 1958 Kentucky Derby, is in fact the most consumed chocolate biscuit in the world per capita.

A hit at children’s parties throughout Australia, fairy bread is a dessert that is made by spreading white bread with butter or margarine and then topping it with tiny, colorful confectionary balls called hundreds and thousands.

The first reference to the snack was made in 1929 by the Australian newspaper the Hobart Mercury. While the origin of the name of the colorful dessert is not known, one theory suggests the name is taken from the 1885 poem by Robert Louis Stevenson of the same time.

Likely named after the governor of the Australian state of Queensland in the late 1800s, the Lamington is a beloved dessert made of sponge cake that is dipped in chocolate and then coated with shredded coconut.

As with many of the best food inventions, it’s thought that the sweet treat came about when the cook for the Queensland governor, Lord Lamington, was requested to feed unexpected guests with the limited ingredients he had on hand. Using leftover sponge cake from the day before, the chef created the famous dessert.

The thereafter-named lamington cake was a hit with the guests and it continues to be a popular dessert in Australia today.

Named after the famous ballerina, Anna Pavlova, who toured in Australia in the 1920s, the dessert with the same name was invented in either Australia or nearby New Zealand. This remains a topic of controversy between the two nations with both claiming to be the originators of the dish.

Pavlova is a meringue-based dessert that is often served in a cake shape. It’s prepared similarly to a meringue, with the egg whites being beaten until stiff and then adding caster sugar, an acid element, cornflour, and vanilla. It’s then baked at a lower temperature of 250-300° F for around an hour.

The end result is a cake-meringue that is crispy on the outside and soft on the inside, comparable to a marshmallow in texture. The dessert is often served topped with whipped cream and fruit. It’s usually enjoyed during celebratory meals as well as during the holidays.

With a large variety of foods that have taken influence from all over the world, Australian cuisine is a special combination of past and present. Whether you want to try something unusual like kangaroo or a twist on a favorite like chicken parmigiana, you really can’t go wrong the next time you visit the Land Down Under. 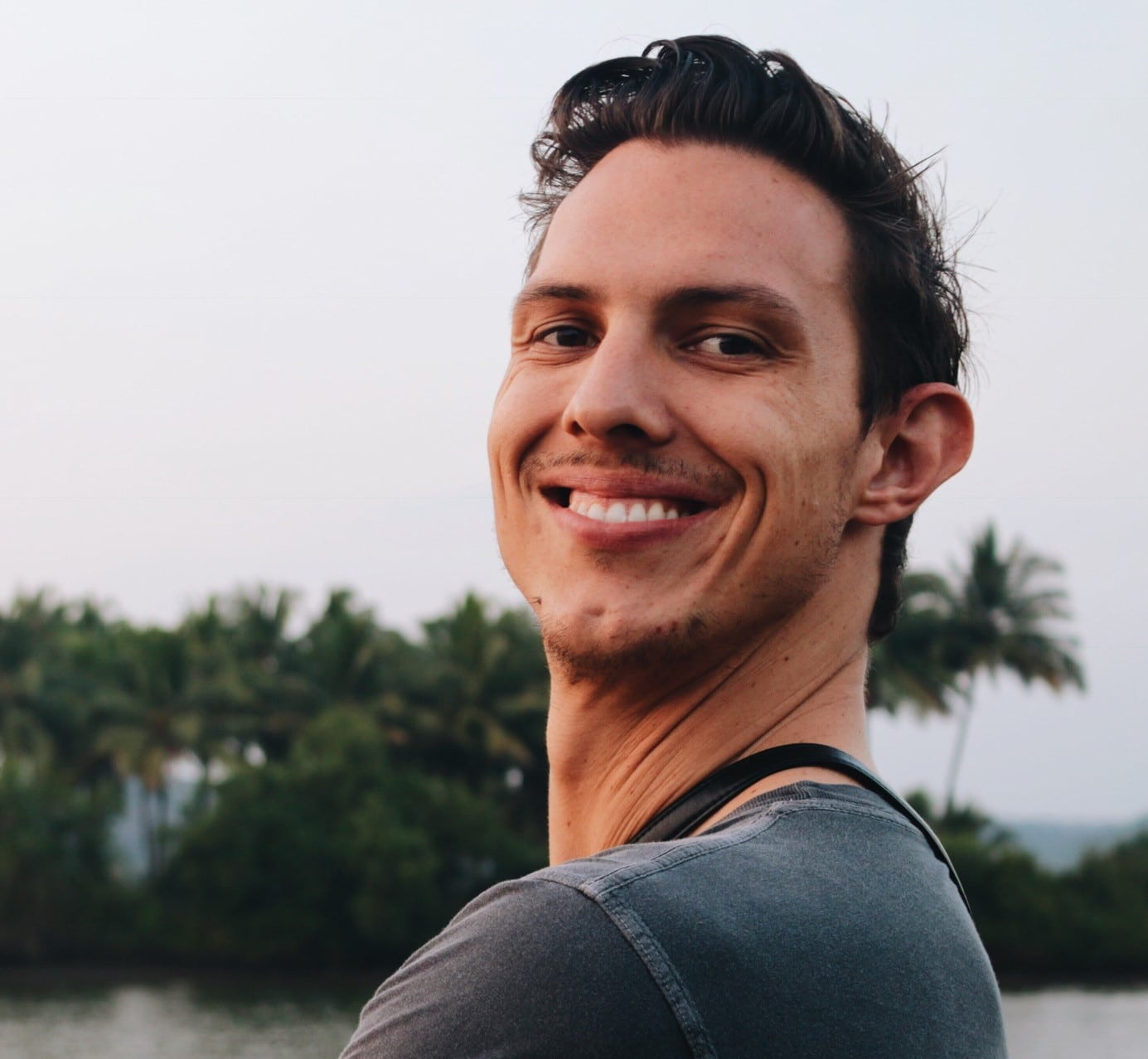 Jarek Lewis is a native southern Californian with a passion for languages, seeing the world, and learning more about it. When not writing, he is a fan of spending too much time in bookstores, running, and watching his favorite football club, Tottenham Hotspur.

13 Most Famous Foods & Drinks in Italy
Next Post: 11 Best Beach Towns to Live in New Jersey