Even though New Hampshire has the smallest oceanic coastline in the country, it still has a couple of spots to enjoy beach life. There are 13 miles of shoreline (131 miles by NOAA) in the Granite State, but skipping over these few top beach towns would be a mistake.

Avoid the big crowds of the East Coast’s Cape Cod and Myrtle Beach and plan your next summer vacation on New Hampshire’s tiny slice of seaside heaven. No matter your choice, you’ll find plenty of space to breathe in the salty air and dip your toes in the refreshing ocean water. Tourists keeping an eye out for their next home might find the perfect place to reside on this often-overlooked coast, too.

Here’s a look at the top beach towns in New Hampshire to live and visit, in no particular order:

When it comes to the Atlantic shoreline in New Hampshire, nothing beats Hampton Beach in terms of size and popularity. In the summertime, this town thrives due to its active promenade and laid-back vibe, making it a popular destination for both residents and visitors.

This resort town was founded in 1907 and offers stretches of sandy beaches and a bandshell theater. Located by the Hampton River, Hampton Beach State Park has white sand beaches that are great for swimming and tidal pools that are fun for the kids.

The area’s family-friendly activities, restaurants, movie nights on the beach, daily music performances, and other amenities draw both permanent and temporary residents and visitors. With a population of 2,598 as of the 2020 Census, Hampton Beach is a smaller suburb of the larger neighboring town of Hampton.

Every day from 9 am to 5:30 pm throughout the summer, lifeguards patrol the beaches at Hampton Beach, and many changing rooms and showers are accessible. There are a few paid spots on Ocean Boulevard, but if you want to escape the traffic on the main drag, your best bet is to park at a designated lot on Ashworth Avenue.

The waterfront is home to various lodging options, including cottages, condominiums, hotels, and motels.

Hampton is most known for its neighboring community of Hampton Beach, a historic district area that has drawn visitors since at least the early twentieth century. There are 16,214 people living in the city proper (as of the 2020 census), which is located inland yet is still very close to the coast.

“Plantation of Winnacunnet” was the original name for the town of Hampton when it was founded in 1639. The General Court of Massachusetts, which at the time oversaw the colony, created Hampton as one of the first four townships in New Hampshire. The city is home to several parks, youth sports leagues, good schools, and a welcoming community. Additionally, there are many dining options and several short-term lodging options.

With its prime location on the shore of the Atlantic Ocean, Hampton is best known for shore access and as a summer resort town. North Beach and North Hampton State Beach are two more beaches in the Hampton region, both of which are sandy, include a bathhouse with changing rooms and showers, and are accessible from April to October.

The beaches farther north tend to be less crowded than those in the Hampton Beach area, making them perfect for a quiet stroll or watching a dreamy sunset.

Beaches, fresh seafood, and coastal fun can all be found in the beautiful town of Rye, a seaside community about an hour from Boston. While this Rockingham County town may attract fewer tourists than some of the other popular beach destinations in the state, it’s nevertheless a charming and distinctive destination in its own right.

About 5,543 people call Rye home as of the 2020 census. It’s located near some Atlantic coast state parks. The city was the historical landing point for the first cable across the Atlantic Ocean in 1874.

Many people looking for a relaxing seaside vacation choose Rye because of its spectacular ocean vistas, wonderful beaches, tasty seafood, and easy access to the wilderness. This tranquil oceanfront spot is a popular getaway from the city’s bustle and a great place to retire and raise a family.

There are two main beaches in the Rye area, both of which are fantastic for sunbathing and swimming; however, lifeguards are only present between May and September. Wallis Sands State Beach in Rye is a fantastic option for families since it is smaller and less crowded than Hampton Beach.

Although there is a minor entry fee to the beach in the summer, parking at the beach is much cheaper. Besides its sandy beach, surf store, and tasty Jenness Beach Seaside Grill, Jenness State Beach also has a bathhouse, parking meters, and metered parking.

New Castle is an island off New Hampshire’s coast that was formerly known as the Great Island. It is the only town in the state that is totally situated on an island, and it’s also one of the smallest.

There are numerous historical sites in New Castle, and the town’s oceanfront location makes it picturesque year-round. Indulge in water sports and the beautiful scenery at one of the region’s beaches and nearby shores during the warm summer months.

Historic Fort Constitution, Wentworth-by-the-Sea Hotel & Spa, and the renowned Portsmouth Harbor Lighthouse are just a few of the area monuments and sites of interest. New Castle is a pleasant place for families since it has three excellent public schools serving kindergarten through grade twelve students.

Great Island Common is a 32-acre park in New Castle that the city maintains. It has a sandy beach and a rocky shoreline. Guests are welcome to visit anytime between 9 am and 9 pm daily. The town now charges a fee for car admission, but kids will love this location because of all the open space for picnics and games.

Well known for its beautiful New England landscapes, add New Hampshire to your travel bucket list. Whether moving in to call it home, or just visiting on a summer vacation, enjoy an adventure to some of The Granite State’s best seaside communities. 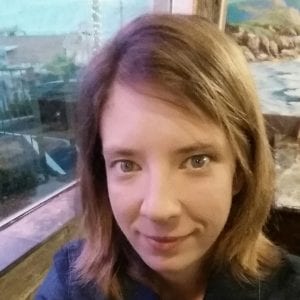 10 Largest Cities in Maryland by Population
Next Post: 12 Best Beach Towns to Live in Maine